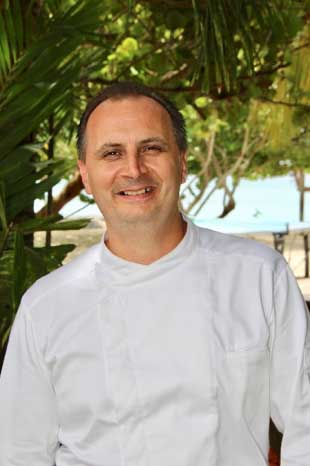 The Spice Island of the Caribbean Welcomes Chef Bassi to Lead the Culinary Team at the Award-Winning Resort in St. Georges

“I am thrilled to join the acclaimed Mount Cinnamon team,” says Bassi. “Through utilizing local ingredients and spices, I look forward to expanding the dining experience in celebration of the flavorful country of Grenada.”

Bassi started his career in Jamaica as Sous Chef at Half Moon Resort in Montego Bay followed by working as the Executive Sous Chef at Sandals Resort. In December 2013, the multi-lingual chef left Jamaica and was appointed Executive Chef at Calabash Cove Resort & Spa in Saint Lucia where he facilitated private events and managed the entire kitchen operations. In 2015, Bassi left the Caribbean for a new adventure as the Executive Consultant at the Red Sea Hotels in Hurghada, Egypt.

In January 2016, Bassi returned to the Caribbean and was appointed Executive Chef at Montpelier Plantation in Saint Kitts & Nevis. There, he spearheaded all culinary operations including new menu development, staffing and procurement of the resort’s three dining venues. In addition, Bassi offered cooking lessons to guests, where he introduced participants to the art of cooking with Caribbean spices. Most recently, Bassi worked as the Executive Chef at an AMResort in Punta Cana, Dominican Republic. There, he directed 120 employees, oversaw seven restaurants and developed new menus and buffet features.

In his new role, Bassi will oversee all Food and Beverage operations where he looks forward to enhancing menu offerings while utilizing seasonal ingredients and local spices. Mount Cinnamon is thrilled to bring Bassi’s Italian technique and roots combined with Caribbean experience to the resort.

“We are very excited that Cristian has joined the team here at Mount Cinnamon to elevate our guests culinary experience to the next level. He will indeed be a great asset in training and leading our young team who excel in the use of our local produce and spices. We welcome Cristian and his wife Desma and their dog Matilda to the beautiful Island of Grenada and the Mount Cinnamon family,” says Mount Cinnamon General Manager, Mark Kitchen.

Bassi holds two diplomas in culinary arts, and is multilingual in English, Italian and Spanish, with basic knowledge of French, German and Thai.